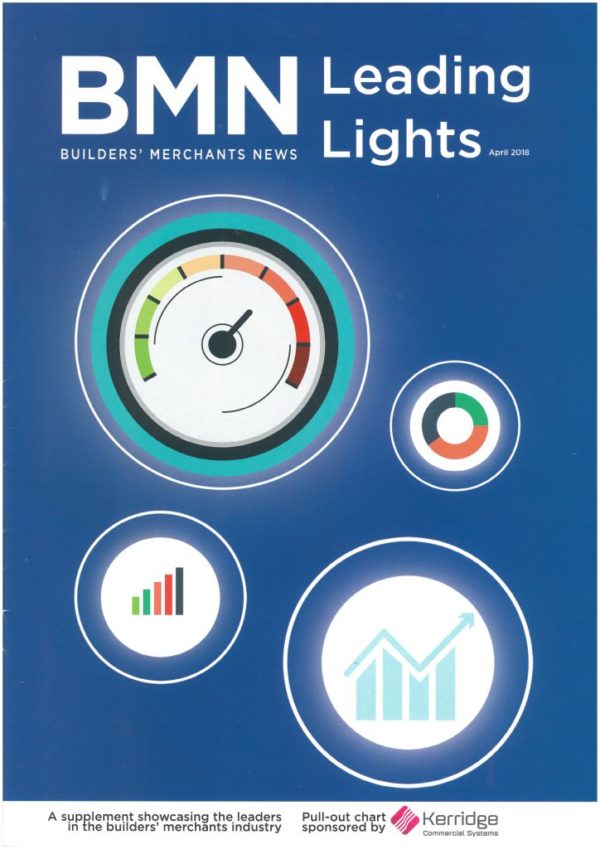 The Leading Lights supplement, produced by Builders’ Merchants News, shows the growth of the merchant industry in 2017. The good news is Smith Brothers Stores were featured as number 14 out of 32 businesses in the comparative table and appears in the top 10 of independent merchants. The information, sponsored by Kerridge, shows how Smith Brothers has had the highest percentage growth of 23.19%, compared against all other merchants. The growth is measured from our 2016 and 2017 performance highlighting overall turnover and also states the number of employees employed and branches in operation at time of report.

Over the four years that the Leading Lights supplement have been released, SBS has continued to grow seeing a positive % change every year, highlighting how the strategic goals of the SBS expansion are clearly paying dividends. The core values remain to increase geographical coverage, reduce customer lead times, improve transport capabilities along with widening staff knowledge and support available.

Smith Brothers Stores Managing Director said: “Our investment strategy remains solely focused around sustainable growth. Our continued commitment to branch expansion and product range development, are just some of the reasons behind the recent unprecedented success of the business.”

Builders’ Merchants News put this report together by reviewing the industry, by comparing different business performance over 2017. They contacted the merchants directly (where possible) to get clear and concise information, rather than relying on published information that is readily available. The supplement considers national and independent merchants, as well as outlining the problems of the market in the coming year.

They discuss four main challenges all merchants face, which are; price, economy, workforce and product. Once published online further information can be found at: http://www.buildersmerchantsnews.co.uk/

Smith Brothers Stores are already looking forward to reading their 2019 supplement having already opened a new branch this year in Newcastle and continuing to develop business across England and Wales.