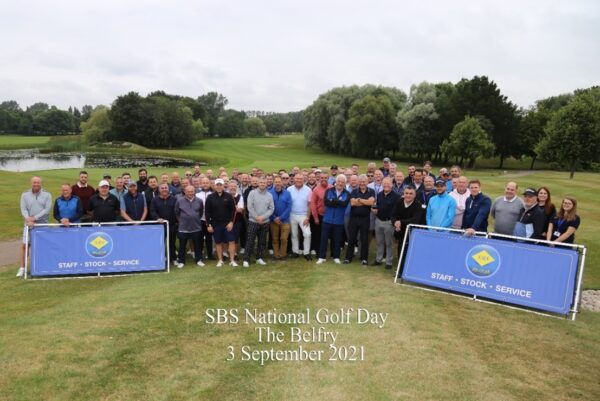 Smith Brothers hosted their first ever National Golf Day on 3rd September at the Belfry Hotel and Resort near Birmingham.

Attended by customers, staff members and representatives from the main sponsor IMI Hydronic Engineering, players competed for a series of top prizes (including the chance to win £20,000 in a hole in one competition) on the world famous Brabazon course.

The Brabazon is a 72-par course spanning 7,255 yards and has played host to more Ryder Cups than any other course in the world. If the distance wasn’t enough, players had to battle against tight fairways, perilous bunkers, lakes, and fast undulating greens that have even challenged some of golf’s greatest players.

Upon arrival, guests had the opportunity to drop their clubs off to be cleaned, have breakfast, network, and even limber up by swinging at a few balls on the driving range.

It was a fantastic morning which set the theme for the day and consisted of long-awaited catch ups, friendly banter and perhaps above all else, a sense of normality as this was the first large Smith Brothers event as lockdown restrictions had finally eased.

Newcastle and Liverpool football legend Kevin Keegan also joined us for the day to show off his transition from football to golf and to provide after dinner entertainment alongside Sky Sports presenter and lifelong Newcastle fan, Pete Graves.

Just before midday, SBS Director Andy Clements held a briefing, not only to confirm the scoring format and prize information, but to also wish everybody some much needed luck.

In addition to competing to be the overall winner, prizes were also available for the longest drive on hole 1, nearest to the pin on hole 7 and there was a beat the pro challenge hole 12.

Before dinner, Kevin Keegan alongside SBS Managing Director Steve Smith presented the competition winners with their prizes. The overall winner of the day being Gene Clout from T4 Mechanical & Electrical Ltd. He won an electric GPS Trolley and has had his name added to the SBS National Golf Day shield as the inaugural winner. Unfortunately, no one scored a hole-in-one.

After dinner, Kevin Keegan delivered an immersive trip down memory lane, to a time even before his football career where he started work at Pegler Yorkshire, much to the surprise and delight of everybody in the room.

Unbelievably whilst at Pegler, Kevin struggled to breakthrough into Pegler’s work football team and instead played for their reserves before landing a trial at Scunthorpe United. Little did he know at the time he would go on to become a legend of the game, winning multiple domestic and European club competitions as well as two Ballon D’ors and would also earn 63 caps for England.

Smith Brothers’ first ever National Golf Day proved to be a rousing success and special thanks goes to main sponsors IMI Hydronic Engineering, without whom the day wouldn’t have been possible.

IMI TA: Balancing, Control and Actuation Solutions gives users complete control at every turn. The ethos of IMI TA is to help users achieve a comfortable, optimised and energy efficient indoor climate at minimum operating cost. This requires great technical solutions of course, but also great people. Which is why they complement their product offer with expert support. IMI TA stand by the users throughout the entire project’s lifetime and provide technical trainings and seminars to help solve any challenges and meet the user’s needs.