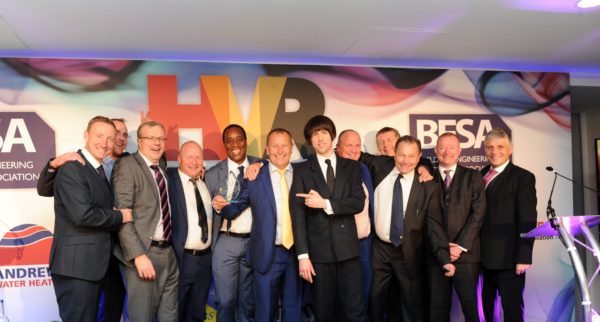 After the success of last year, the company has entered the HVR Awards with the aim of retaining its title as ‘Wholesaler/Distributor of the Year. It is a voted category by the industry which makes winning the award in 2018 that bit more special. The awards, supported by BESA, have reached the milestone of its 10th anniversary ten years and SBS are now proudly in the ‘hall of flame’ with the triumph of last year. The business wants to be first company to retain its title for consecutive years with this particular award, an achievement which would be great reward for all the staff who go the extra mile for our customers.

The awards take place at the Tower Hotel in London on Thursday 24th October and is organised by Datateam, who manage the HVR magazine. The voting period opens on the 27th August and will be open until 20th September, but don’t wait, we surge you to vote now, every vote counts!! If you would like to read the supporting evidence as to why Smith Brothers should be your “Wholesaler/Distributor of the Year,” click the link: https://www.hvrawards.com/smith-brothers-stores-2/

The award we have entered is open to any heating and ventilation wholesaler or distributor which operates within the UK. The awards define a wholesaler as; a company offering a wide range of products, in the form of a ‘one-stop-shop’ for the heating and ventilating engineer. They define a distributor as; an independent company, looking after the sales and distribution of one or more companies’ products.

The award is a true testament on how customers see our company which is why it means so much to win it last year. The trophy, displayed at head office in Blaby, is appreciated by our staff members who see it as recognition of their hard work and dedication towards the business. We would like to thank everyone who voted for us last year and urge you to support us again in 2019.

On the evening there are three other voted categories and nine awards decided by the panel of experts from the HVAC industry. Smith Brothers are pleased to support the award, SBS Contractor of the Year, which has previously been won by Priddy Engineering Services. This award is a mark of achievement, recognising only the best performing contractors in the industry, we look forward to presenting the award to the deserving company.

To vote follow link below, it will only take a couple of minutes: http://hvrawards.com/vote/